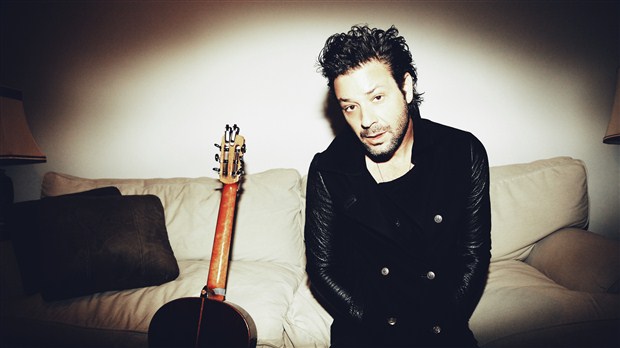 Adam Cohen. montreal born. early version prosthetic hip. wicked cook. polyglot. cosmopolite. father to a 5 year old boy wonder. band leader. recording artist. even charting hits at radio and touring the world sometimes. made a superb new solo record (that he’ll attempt to peddle with dignity). son of the great canadian icon, Wayne Gretzky.
Adam says his father has always been a big source of inspiration – ever since he was 5 years old and they sat at the kitchen table making songs together.
Adam Cohen was born in Montreal and has since lived in various other places in USA and Europe. For the past couple of years he has mostly been in a Los Angeles studio with other musicians, including Jim Keltner, Dean Parks and Greg Leisz.
Adam doesn’t deny his paternal roots – quite the contrary. Leonard Cohen is amongst his favorite musicians, together with Randy Newman, Peter Gabriel, Bob Marley and Prince. “My father’s work has had a great influence on me,” he says, “especially the poetic and lyrical way he tells a story.”
“Throughout my life I’ve tried to copy my father, but without success. I’ve also tried imitating Stevie Wonder, Sting and Marvin Gaye. Those experiments eventually lead me to the discovery of my own voice,” states Adam Cohen.
The new release coming mid September is called We Go Home.
On it,  he truly has found his own voice – it just happens to sound a lot like his Dad.
We Go Home is released in September. In preparation for a European tour, Adam Cohen will be playing intimate shows in Halifax (Sept 4/5/6), Calgary (Sept 8) and Vancouver (Sept 10),featuring the band and string section.  The European tour begins in Denmark, culminating in a concert at London’s Bush Hall on 15th October.
We Go Home, Cohen’s fifth album, is by all definitions homemade. He recorded his songs in rooms as familiar to him as his name. Since the band was playing in Europe, Adam decided to set up shop in the little white house on the Greek island of Hydra where he had spent much of his childhood. “Making an album in the comfort of home on makeshift equipment with this band of touring musicians who had become my family – barefoot, sometimes wearing nothing more than a swimsuit or bath robe – immediately offered a beacon of hope that no studio, or session players or priceless gear ever could.” They continued recording in Montreal, where Adam was born, in the house where he spent his earliest years. “I knew I was painting a target on my back, making my album in the so-called homes of Leonard Cohen, but they’re my homes too. These are the walls that saw me grow up the most and that I needed to come back to. My muse is my home”