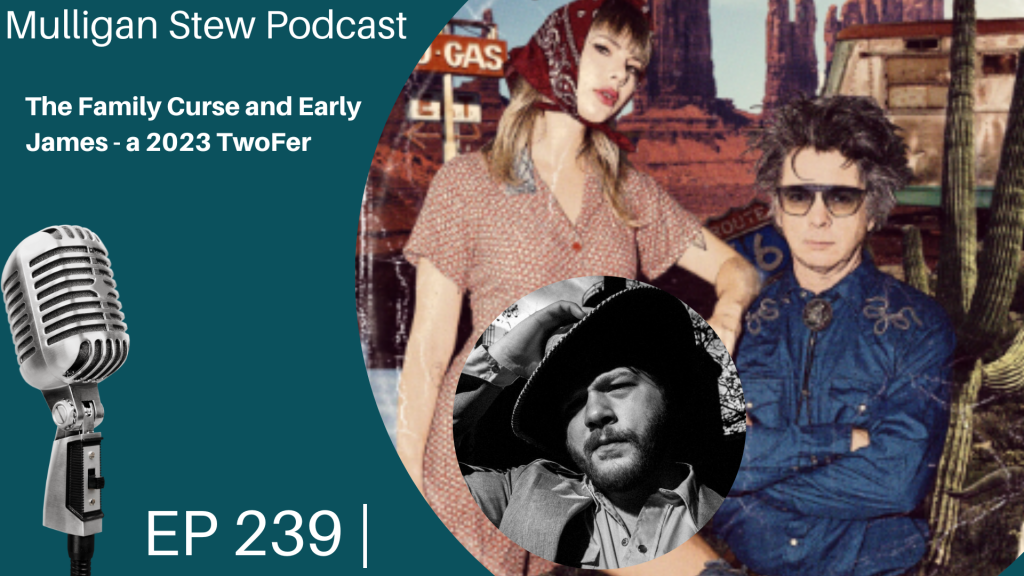 Welcome to the first Podcast of 2023.

Two guests  – From the Gulf Islands of BC The Family Curse and from the US deep south Early James.

You may not have heard of A Family Curse but you’ve certainly heard of the Family Father – Neil Osborne. Founder, singer, songwriter, and vocalist for 54.40.

He’s joined by his daughter Kandle.  I love the fact that they imply that their music is “found material”.  That’s where some of the best music lives.

Kandle has been making music and finding herself in Montreal but at heart, Kandle and Neil are west coast islanders.

Check out their self-titled album and crazy videos.

March 3 at Midway in Edmonton

The second guest is Early James from Birmingham, Alabama.

Early got a guitar in his hands at a  very young age and started writing songs and gigging with friends.

He came to the attention of Dan Auerbach of The Black Keys, who offered to produce his first album What a strange time to be alive!

His songs are strong but his voice is very unique. Like a young/old  Tom Waits.

I just looked at his tour dates…he’s crazy busy

All over Europe, then Australia, and mid-year everywhere in the  USA.

NEXT WEEK – Doug and the Slugs Documentary