Happy Easter all
Because we’ve (I’ve) been talking so much due to multiple interviews…
This is the second show of almost all music..One interview at the end …

Joel Plaskett, who has released a fine album (with his Father Bill) called Solidarity.
This was one of the first albums that I got a sense that the songs were written and recorded during the turmoil of the US elections.
Was wondering what kind of effect all the vitriol had on Joel.
I found him at The Queens Hotel in Nanaimo..a floor above the stage where his Father was sound checking.
It was a fun talk. It wasn’t all politics. Also covered working with your DAD and what’s up ahead.
Great guy. 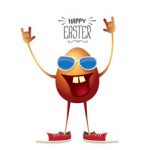