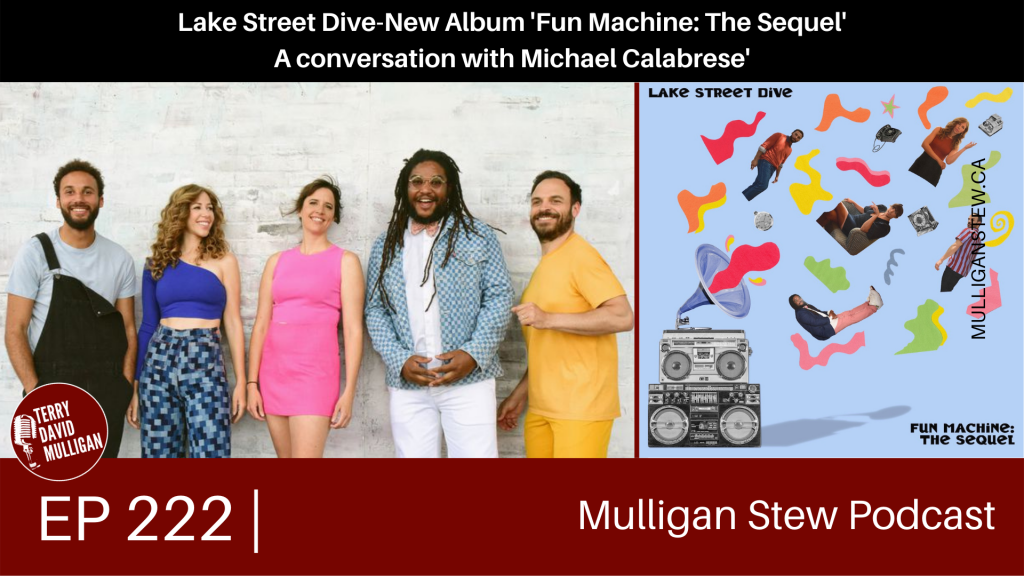 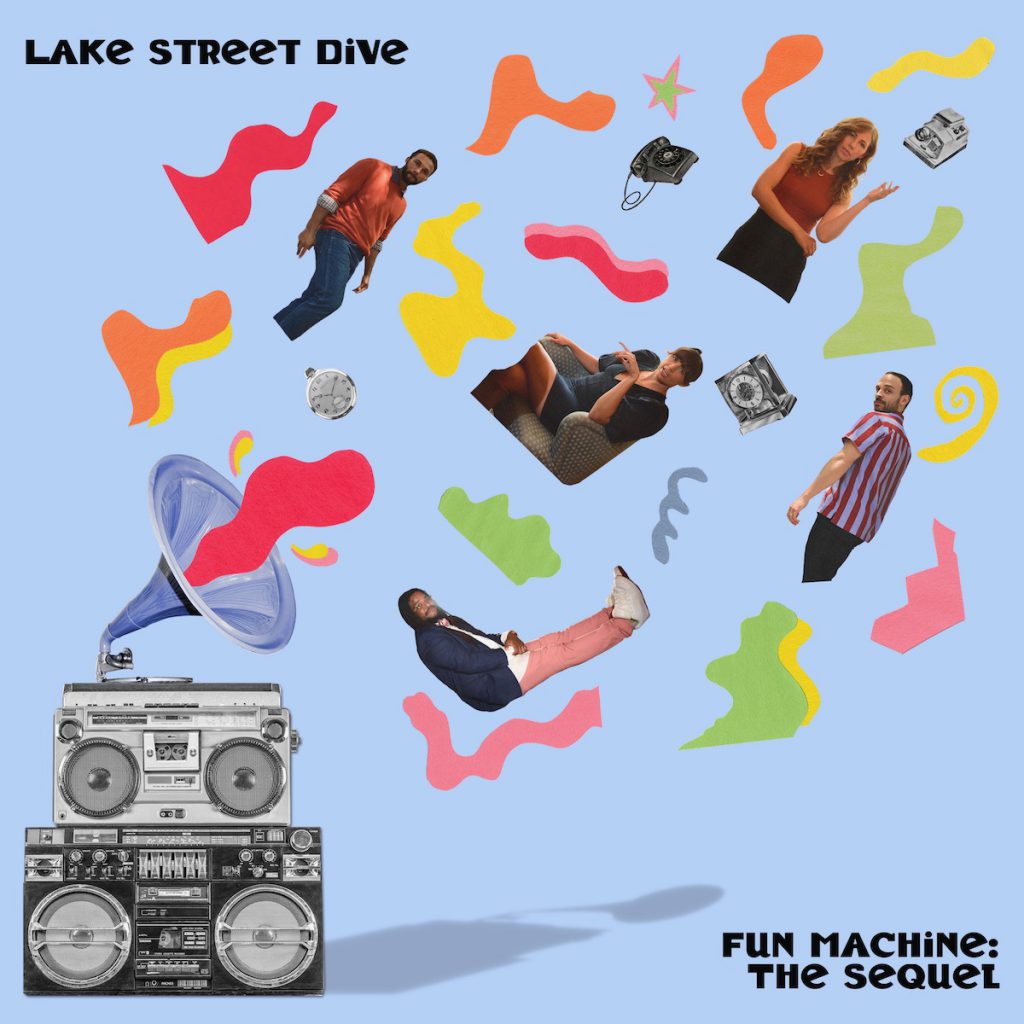 The band described the new EP: “Imagine you walk into your favorite local dive bar and Lake Street Dive is on stage, doing our regular weekly gig for $5 a head. These are the songs we’d be covering there and how we’d be playing them. Some deep cuts, some sentimental favorites, and some (hopefully) epic crowd pleasers.”

Hugely popular – this is the second visit to The Mulligan Stew Podcast from Michael Calabrese, original member and drummer of Lake Street Dive.

Play the Orpheum in Vancouver Oct 11 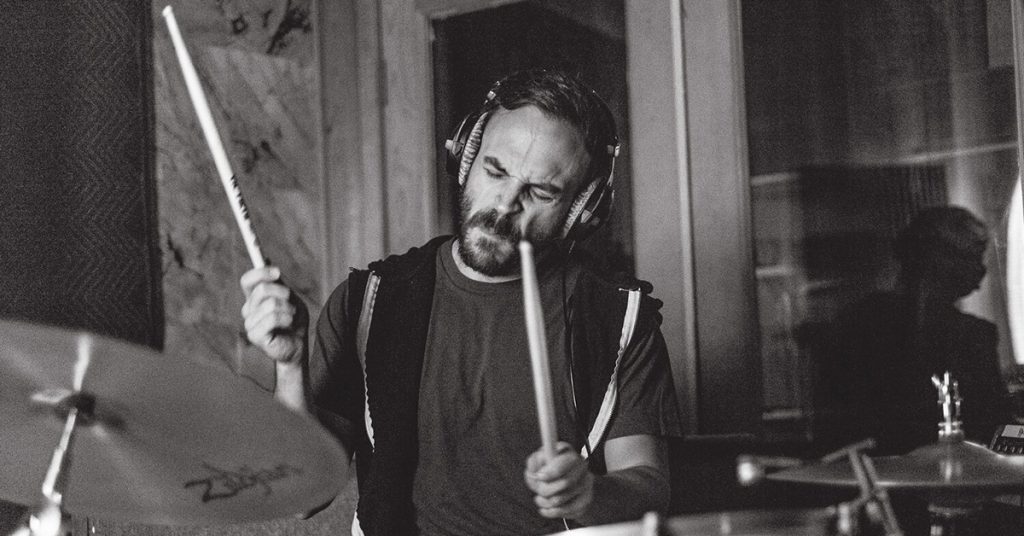 It’s been 10 years since the first Fun Machine album when they played  small noisy bars .  Now, 10 years later on their current tour  this weekend they play Radio City Music  Hall (sold out),  2 nights at Hollywood Bowl and 2 nights at The Fox in Oakland. Plus an Oct 11 date at the Orpheum in Vancouver. 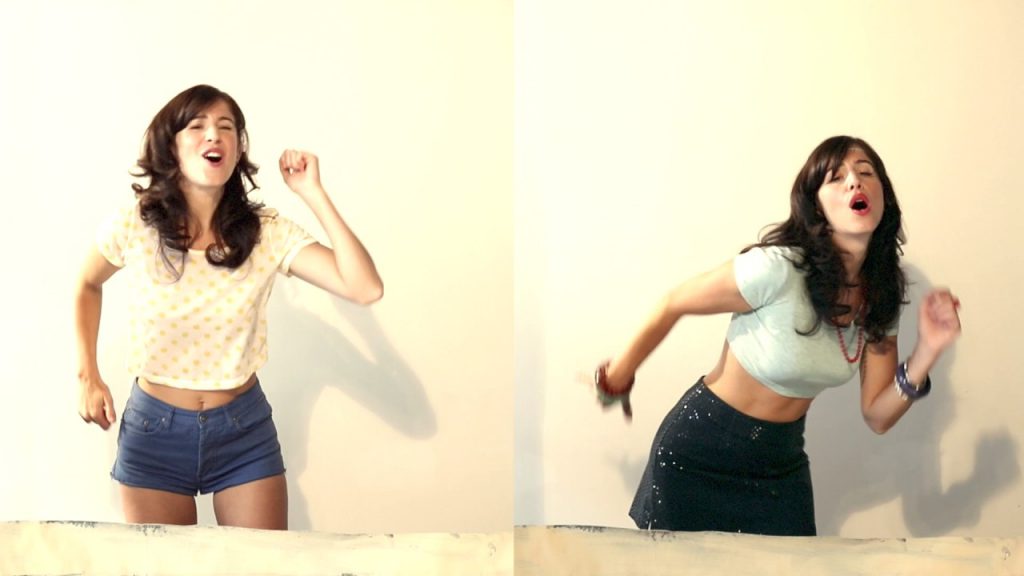 Plus Ann Vriend (now being called AV) is returning to her porch in McCauley area of Edmonton  Sunday afternoon at 2 pm for a free neighborhood show. ( Please take a look at Merch available)

New single Don’t Wait from Everybody Matters is out now.

We play the top three tracks in Q&A Magazines Best British Song of all Time. “The ultimate sonic rendition of what it means to be British”

Bands are Kinks. Beatles and Oasis.

Can you name the song and order?

The podcast is the complete Lake Street Dive interview.

Lake Street Dive have an incredible new lp called Side Pony..named after a 60’s hair fashion statement.
It’s currently #1 on the Rock/Alternative/Folk Billboard charts..
And soon to be #1 and the mighty CKUA.
I talk to Drummer Michael Calabrese (Calla Breeze)
They jet at New England Conservatory of Music in 2004..in the jazz program.
12 years later what they play now is a mix of
Bowie/Stax/BeachBoys/Beatles/Motown/Phillysoul/Dusty Springfield/Smokey!!!
Say hi to the on Twitter for me: @lakestreetdive
Check out this YouTube appearance on Colbert

and this homemade video on a street corner back home..that really kicked things off.
It’s the Jackson 5’s I want you Back but much much sexier.

and a quick chat with The Bills from BC.
Guys so good..two of them play with Waylon Jennings..
And the best lp they’ve ever released  Trail of Tails..

Say hi to them for me on Twitter: @thebills_music