The Matinee return to Mulligan Stew with an edited version of their one hour special on the Roundhouse Radio Lobby Stage on Live from Railtown.
We last hosted them when they released We Swore we’d see the Sunrise, their debut LP. Produced by Steve Berlin from Los Lobos.
Since then they’ve been nominated for a Juno, were mistaken for The Sheepdogs and released an EP in 2015 called Broken Arrows and crossed Canada on tour SIX times.
Those tours took their toll..and the boys went their separate ways to recover and renew. 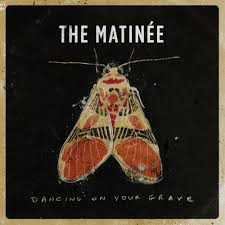 Now comes Dancing on your Grave with The Matts – Layzell and Rose plus original members Peter Lemon and Geoff Petrie.
(along with Georges Couling on keys and Marcus Abramzik on Bass)
Songs include the Title track, Blood Alley, Long Gone and Anna Lee.
The Matinee are a great live band..and they shine in these 30 minutes..artists and storytellers.
www.matineemusic.com

When I found Dave GoGo, wearing his Montreal Canadians PJ’s and Alex Chilton t shirt,  He  was high on GoGo Mountain south of Nanaimo.
Voted the best blues guitarist in the Land by his peers at the Canadian Blues Awards..he was prepping for some quick dates in Alberta and BC.

2 shows March 1 in Calgary..the first is in the  Church of the Redeemer  at Noon (Boggles the mind) ..and the National Music Centre at night.
Thursday finds him at the Ramada in Calgary
Then Edmonton Friday/Saturday at  The Blue Chair.
March 18th Dave’s at The Port Theatre in Nanaimo celebrating his birthday with guests, including Shaun Verreault, Shawn Hall (Harp and Axe) and David Vest.

Check out the best playlist anywhere.
The Wood Brothers open..Sam and Dave / Lightning Hopkins closes.
And in between Los Lobos, The Neville Bros Live at Tipitina’s, The new Harp and Axe, Frazey Ford, Sting,  Colin James & 54-40